Welcome to our hotel near The Nashville Zoo and Downtown Nashville

Somatel Nashville Airport is 4 mi from this motel in Tennessee. The hotel features a seasonal outdoor pool and daily continental breakfast, ree WiFi in public areas, and free self parking are also provided. Other amenities include a 24-hour front desk.

Free coffee is offered in the lobby of the hotel. Drink and snack vending machines are also on site.

The Nashville Zoo and downtown Nashville are a 10-minute drive from Somatel Nashville Airport. This hotel is located off I-24 offering easy access to the Grand Ole Opry, a 15-minute drive away. 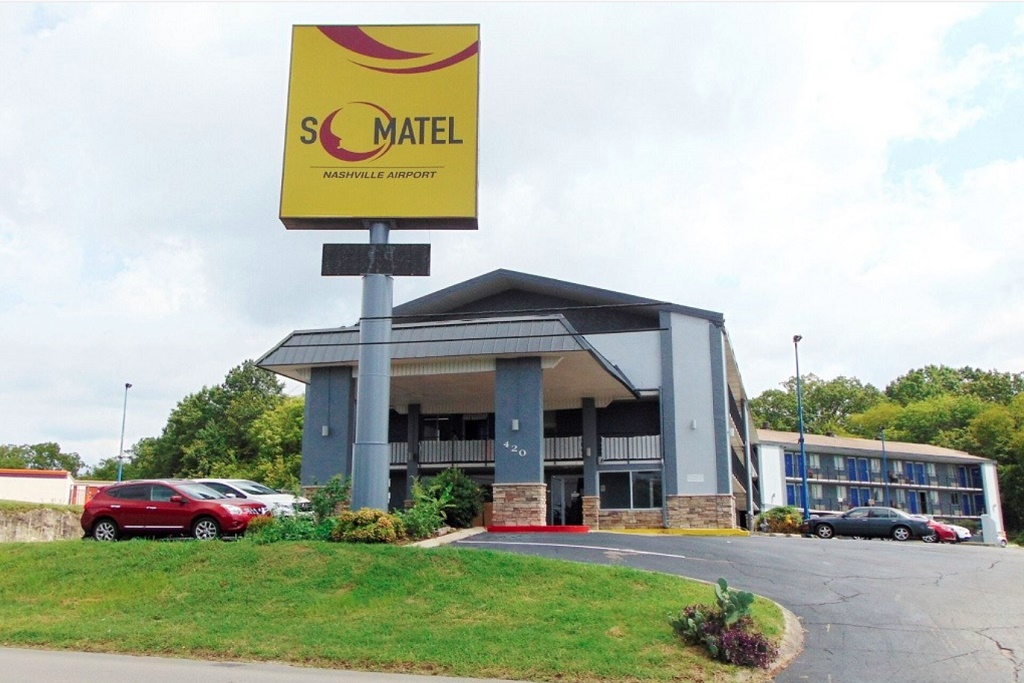 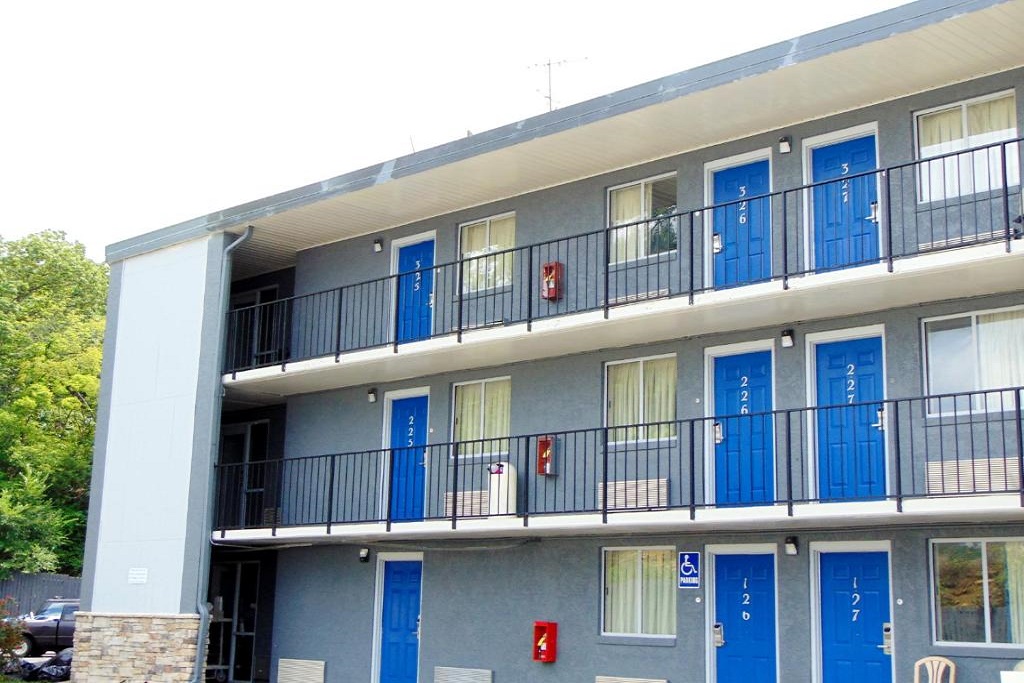 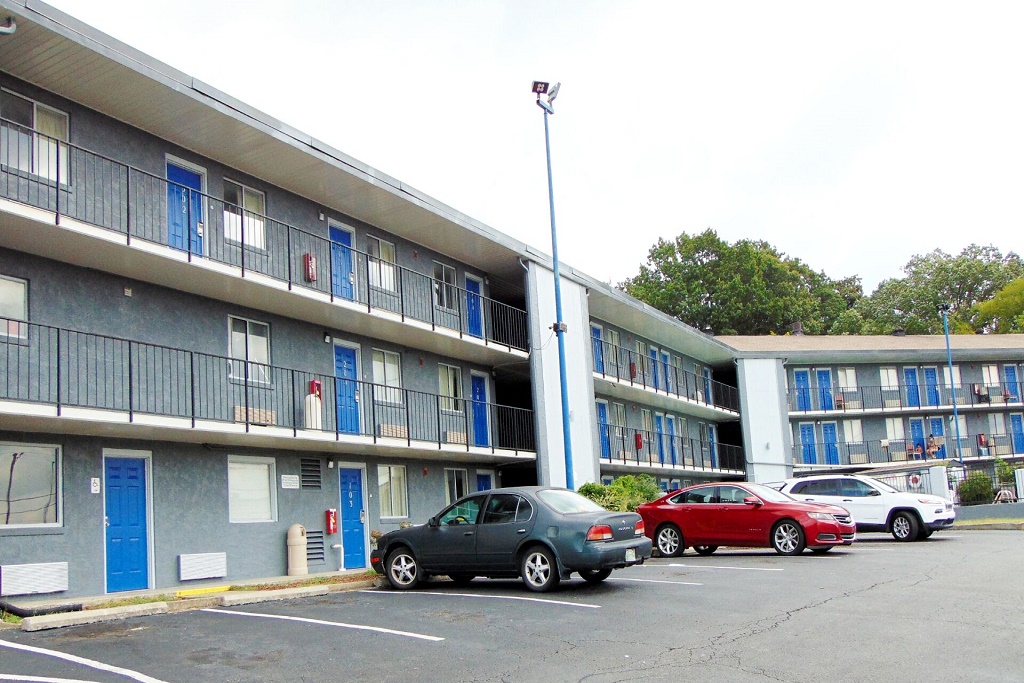 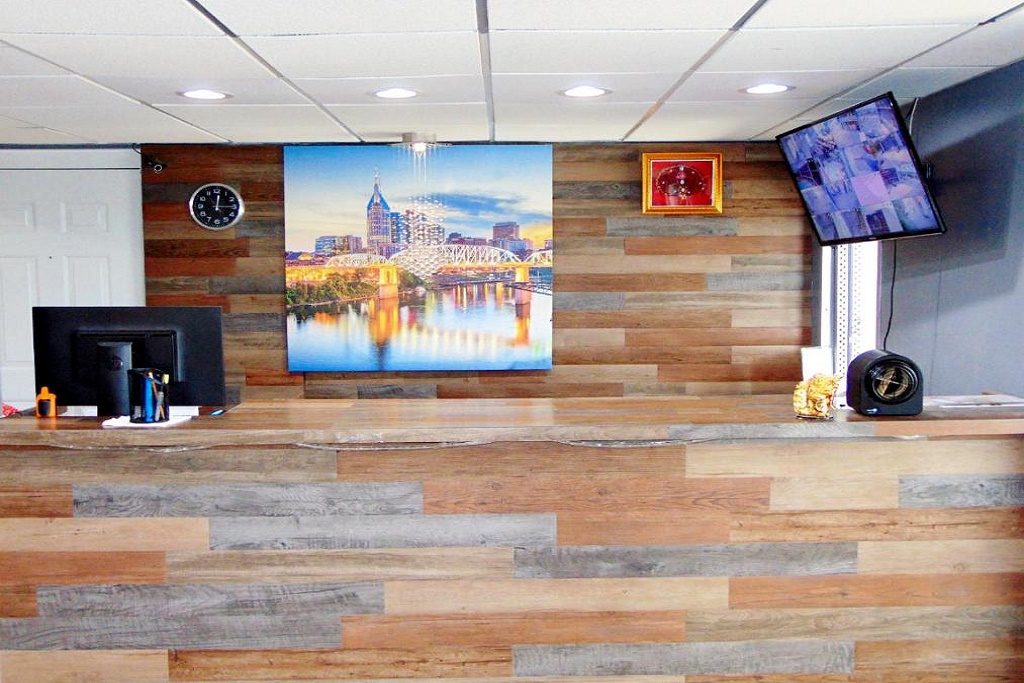 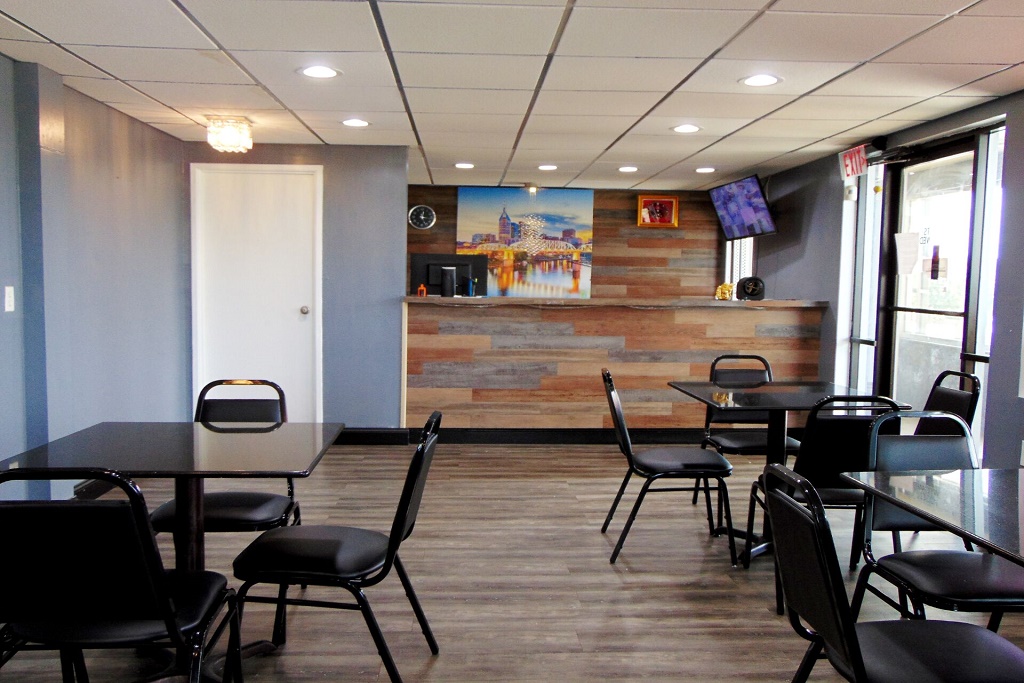 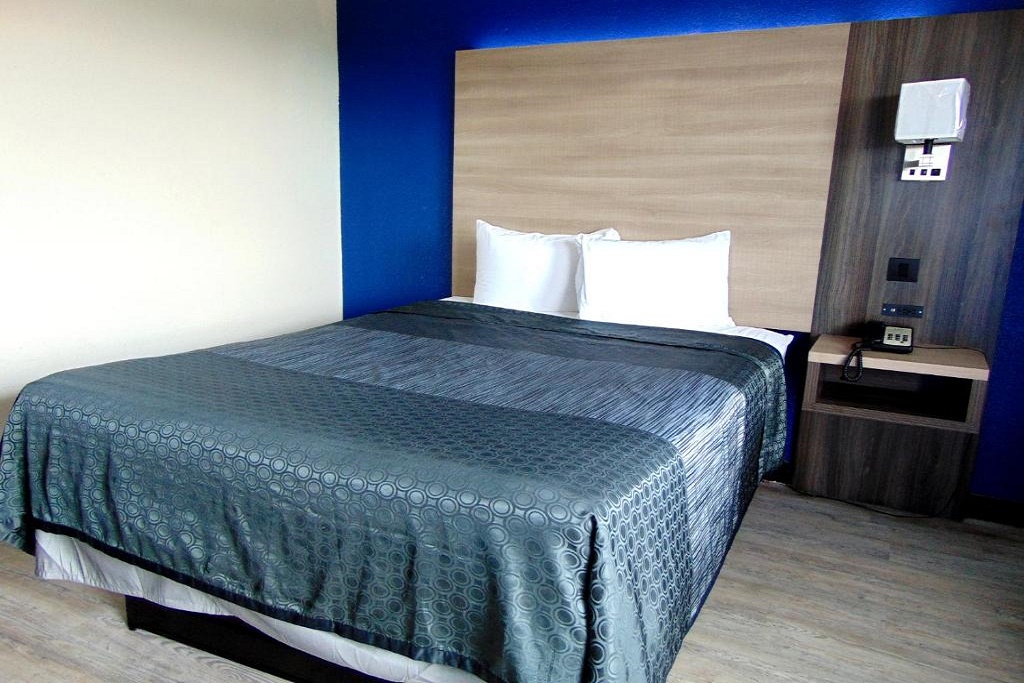 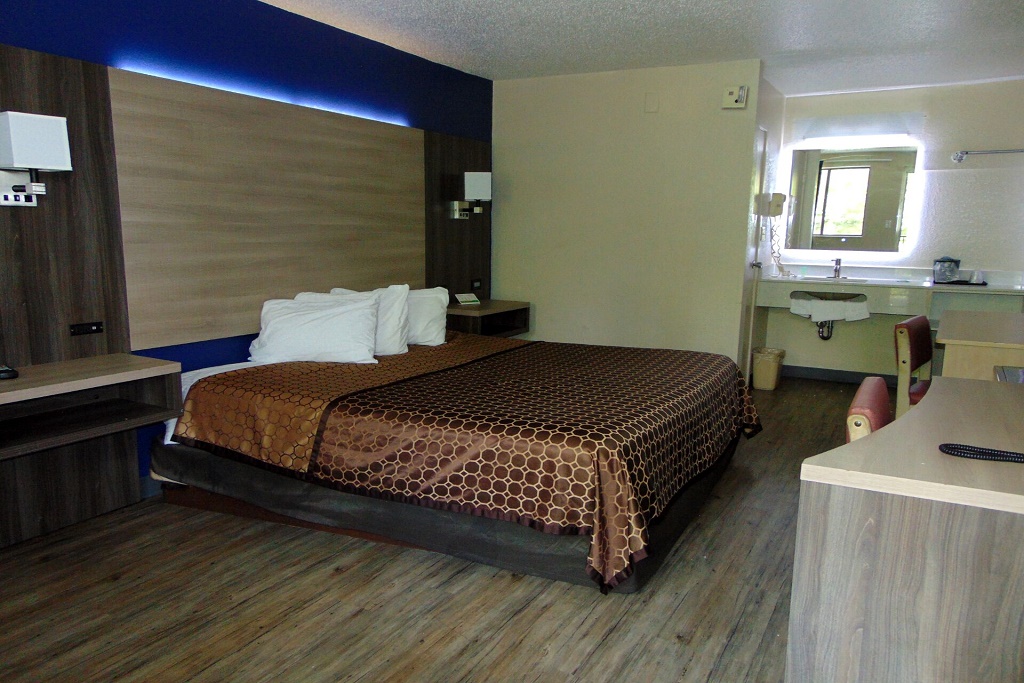 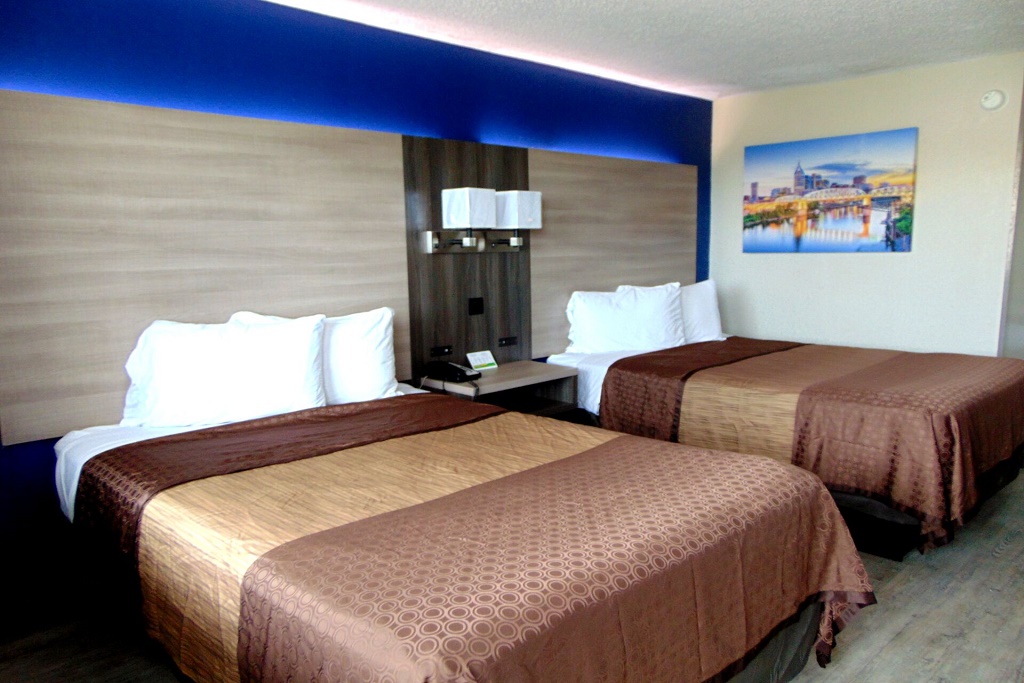 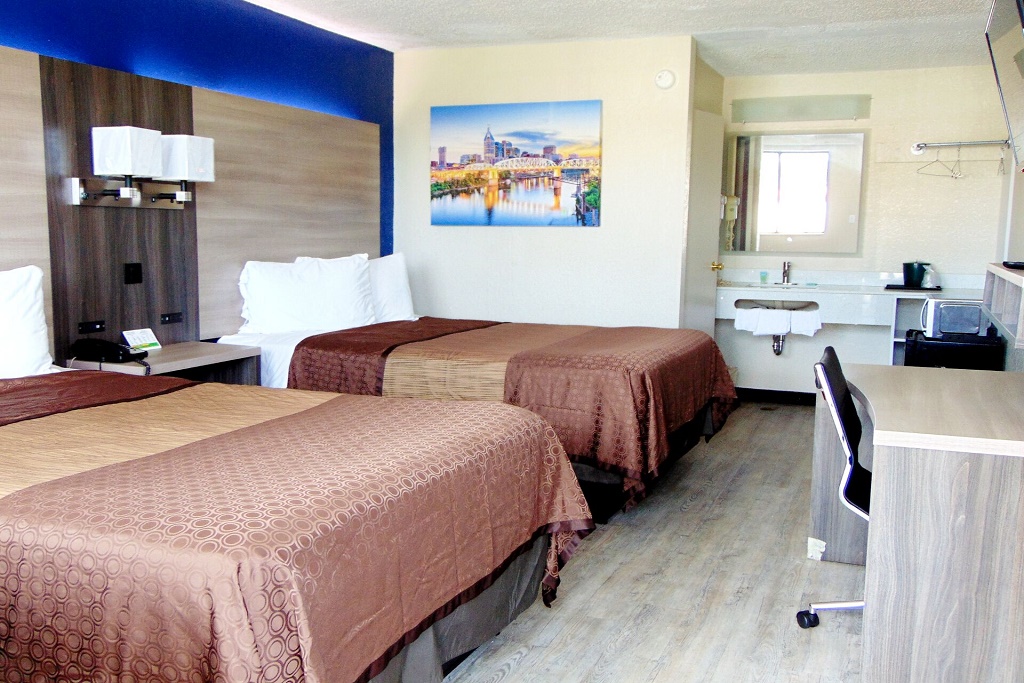 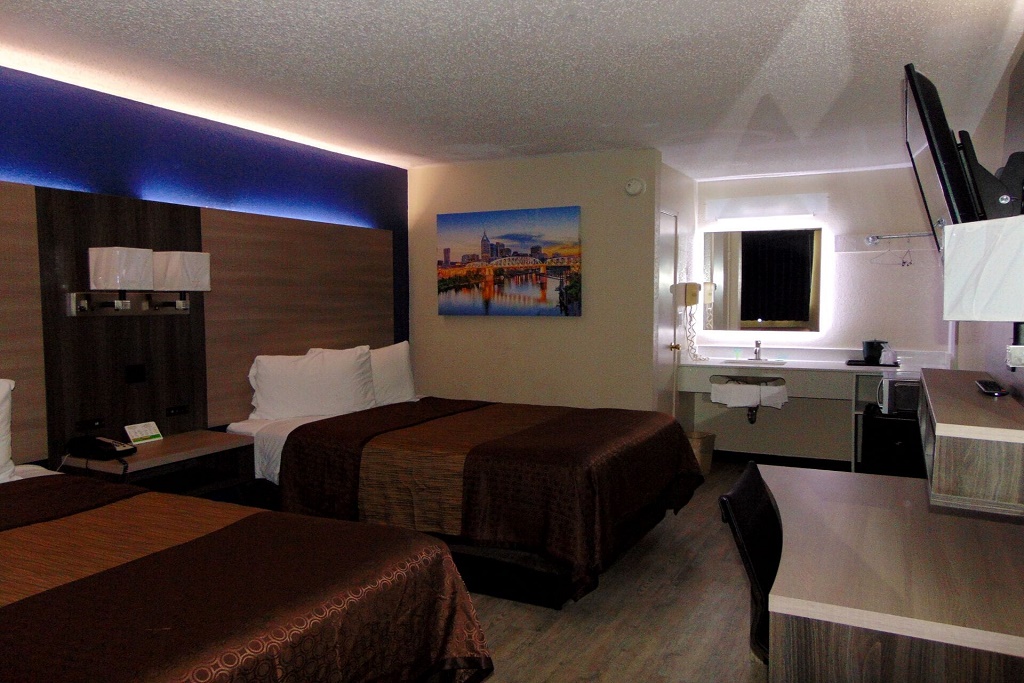 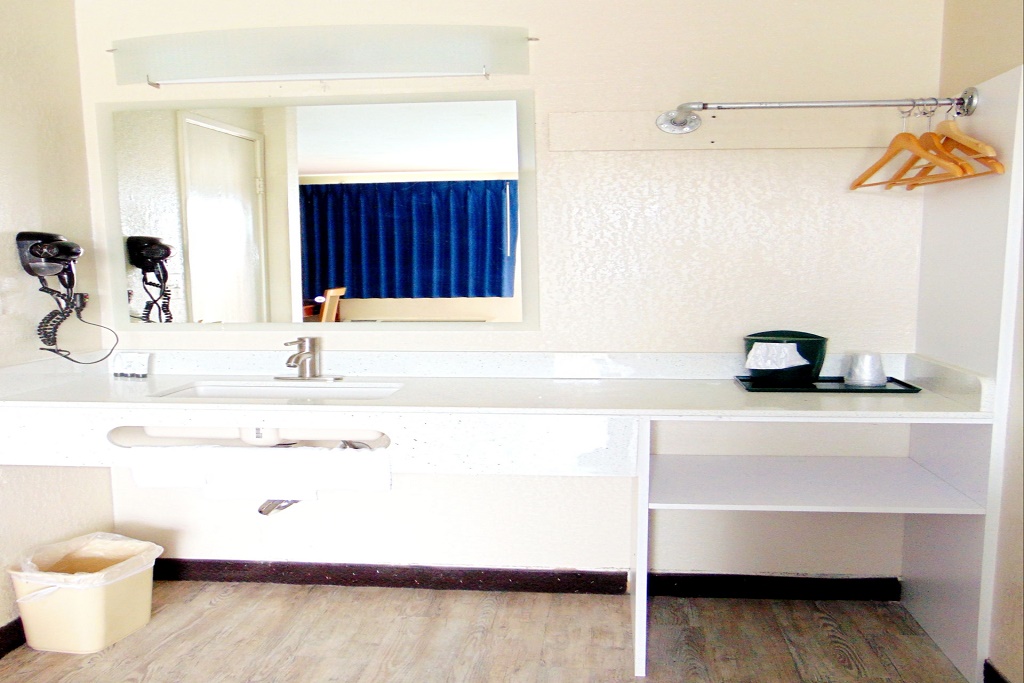 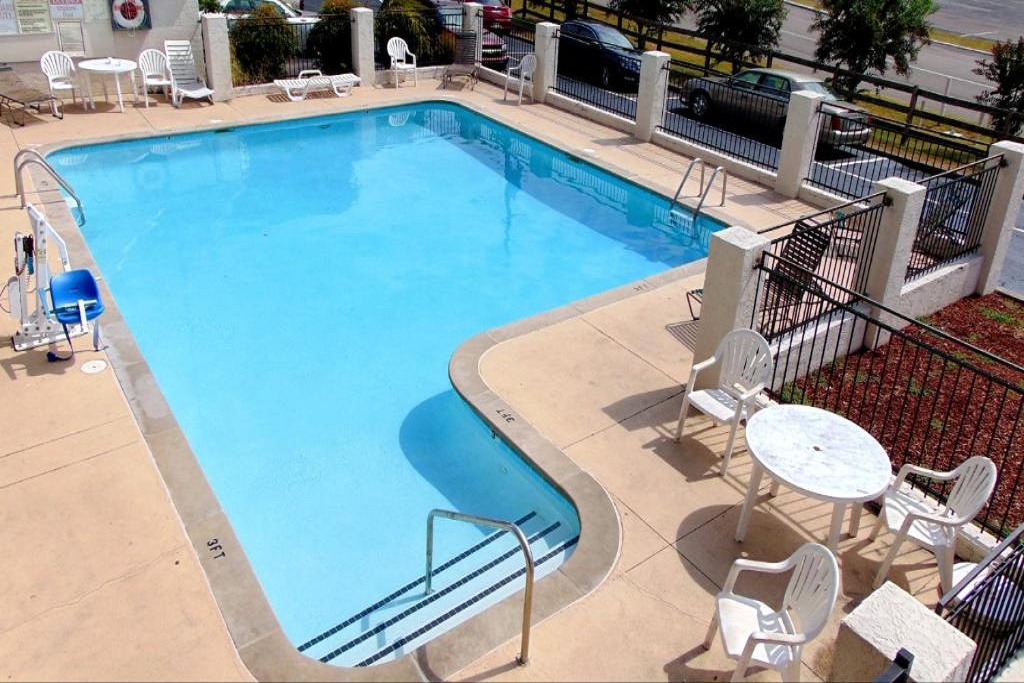 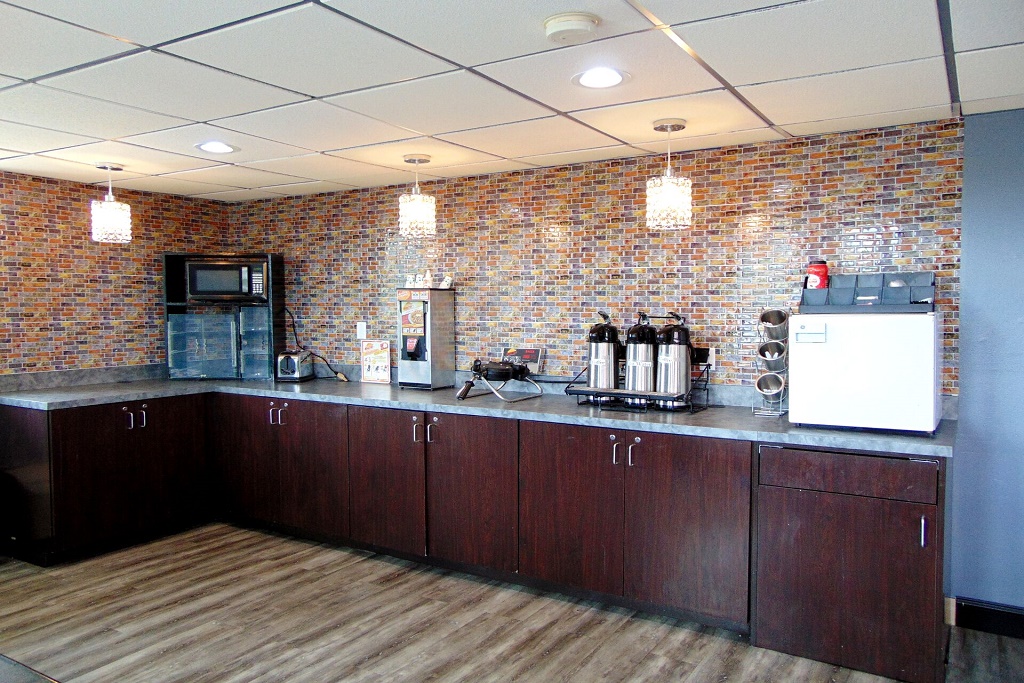 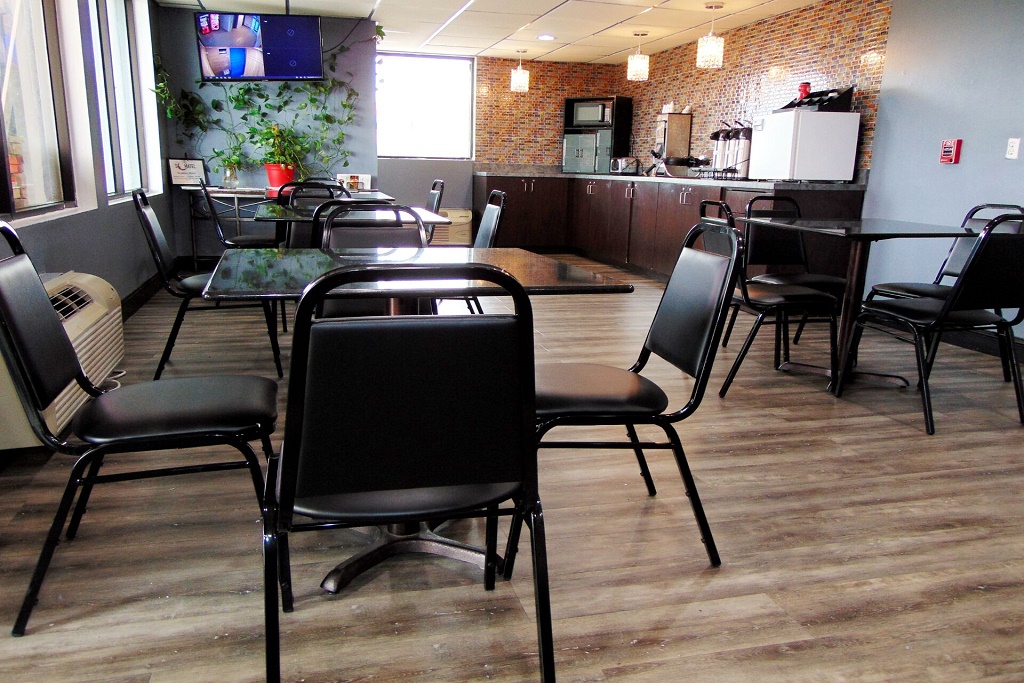 Internet
Free! WiFi is available in all areas and is free of charge.

Check In
From 3:00 PM
Check Out
Until 11:00 AM
Min Age for Check In
18
Cancellation / Prepayment
Cancellation and prepayment policies vary according to Rate Program you select. The cancellation policies are mentioned in the rate program details.
Children and Extra Beds
Children of all ages are welcome. Children 6 and above are considered adults at this property. To see correct prices and occupancy info, add the number and ages of children in your group to your search. There's no capacity for cribs at this property. This property doesn't offer extra beds.
Pets
Pets are not allowed.
Cards Accepted at this property
American Express, Visa, Euro/MasterCard, Discover
Hotel Fees
Hotel has additional tax of $2.50 / room / night
Language Spoken
English

We are a father/daughter duo who traveled to Nashville. Our stay was perfect!! We were 8 hours late arriving and were welcomed warmly by the staff. The whole staff was unreal, all so friendly and personable. I will be recommending this property to all. To everyone who works at the hotel, THANK YOU.

Highly recommend! Amazing staff, make you feel at home! Will definitely come back!! This was one of the best hotel experiences I have ever had! From check-in to check-out all of our needs were met and exceeded. The customer service is stellar; every employee I encountered from the front desk to the kitchen staff were phenomenal. The ROOM was so clean.

We came for a week and our trip was fantastic! The staff at the Somatel Nashville Airport Hotel were always pleasant and helpful. Our room was kept clean by some very efficient custodial staff.The Staff at the front desk was friendly and gave us tips on where the locals eat. Our bartender, Justin, was lots of fun and he handled large numbers of customers single-handed! Overall, the price was satisfactory. We will visit the Somatel Nashville Airport again.

This hotel had some of the most helpful, friendly and accommodating staff i have ever experienced. They were so welcoming and willing to do whatever we needed to make our Nashville experience awesome. I would absolutely recommend staying here while visiting Nashville.

This hotel was very accommodating. The rooms were spacious, clean and the beds were comfortable. Front desk was great too. They nailed customer service. What an awesome surprise. Everyone here was so nice and helpful.

By far the most joyful staff I've ever encountered. Everyone just seemed to go about there jobs like it was their favorite thing to do. Really added to the feel of our vacation. The breakfast was great! The room and view was comfortable and clean.

Excellent value for the money

This hotel gets you great bang for your buck. Parking is free (a big bonus in Nashville). The breakfast bar is nice and about what you would expect for a hotel. There are nice little touches everywhere at this hotel. Room was clean and beds were so comfy.

Every time we come to Nashville we stay here and will continue to do so! Everyone is so friendly and polite. We met so many nice people on this trip! Clean rooms, the free breakfast has a lot of choose from! Can’t say enough good things about this place!

This website is owned and operated by a third party. Our goal is to provide hospitality to all people and this means everyone. Our mission is to make it as easy as possible for all people including those with hearing, vision, or any other disability to learn about this property and book their stay if they so desire. If you have difficulty learning about or booking this hotel, we invite you to contact the hotel via telephone and their friendly staff will gladly assist you.

We work very hard to provide an easy-to-use online experience for all guests. We believe all of our website visitors should be able to easily research online regardless of device type and whether an individual requires assistive technology like a screen reader, font magnification, translation or voice recognition software.

To ensure this, we are committed to compliance with Level AA success criteria of the Website Content Accessibility Guidelines 2.0 (WCAG 2.0), an international standard measure of accessibility success. Our website and digital marketing has been developed after carefully parsing these particular guidelines and is continuously being enhanced to make our technology more accessible and user-friendly.

This hotel has the appropriate policies, best practices, and procedures in place to ensure that individuals with disabilities can make reservations for accessible guest rooms during the same hours and in the same manner as individuals who do not need accessible rooms.

As part of our reservation processes, we:

If you require any assistance with booking your reservation, please contact the hotel directly via email, phone, or social media, which you will find on bottom of this page.

This website is designed to be fully accessible to all and is designed according to W3C Web Content Accessibility Guidelines (WCAG) 2.0 and conforms to most priority checkpoints which entail some of the following elements:

This website can be navigated by using the tab key to traverse the elements of each page and by using the enter key to activate a highlighted link.

HTML heading tags are used to convey the document structure. Navigation menus are tagged as HTML maps so that the menu title can be read out, and the menu items are presented as a group. Please see our Site Map for easy navigation

The site is designed to conform to Level AA compliance as specified by the Web Content Accessibility Guidelines. All pages validate as XHTML 1.0 and use structured semantic markup.

The following tools and services are available for free to assist you with viewing and interacting with our website:

Optimize the way you view your web browser. If you have difficulty in reading this website on your screen, you may be able to change the settings on your browser to help you improve readability and visibility of each webpage:

*Note: W3C has not developed a certification program or authorized any other program to certify conformance to W3C standards.